After a roller-coaster ride of 2016, heres to a new year; new goals, new dreams and new experiences! I for one am excited about the future and whats lies ahead. Once again, I plan on travelling to new destinations, ticking more off my bucket list and working on myself for the better! All the while, living life to the fullest -well within my means!

Wishing you all the best for the next 365 days; HAPPY NEW YEAR!

…Sometimes its not all about the high heels, designer shoes and 5-inch stilettos. Only sometimes!

So a few weeks ago I decided I wanted a new pair of trainers because like I said; its not everyday designer heels! Anyway, long story short, I wanted some comfy-everyday-flat footwear and these are what I ended up with. Naturally I am not a trainers kind of girl, however the odd few pairs that I have invested in over recent years, I’ve loved! And hey, they’re practical too! Well, so I’ve heard.

Usually it takes me a while to decide on a pair of trainers, but I’d never even seen these Air Maxs before I bought them. It was more of an; I need trainers >> I’ll go look >> I’ll get these; kind of situation. Nevertheless, I had a successful shopping trip. I got new trainers-Check. They’re different and unique-Check. I haven’t seen anyone else with them (Yet)- Check. I love the colour- Check. They’ll go with most outfits-Check. And hey, I love ’em- Check, check, check! 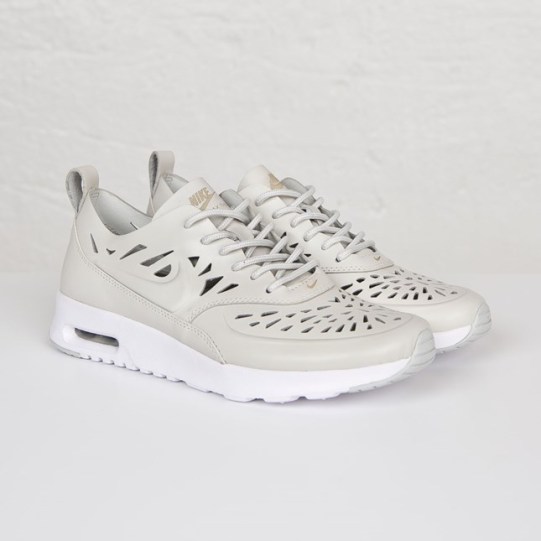 I’m sure I can speak for most women when i say; Bags (& Shoes). Yes thats it. There isn’t anymore to say, simply because there is too much to say. However as the Fashion Week season is upon us and NYFW draws to an end, I can say an extra few words (well, two more) to highlight one of my favourite designs of the week; Mansur Gavriel!

The bucket bags are back and I can not get enough of them. Designers, Rachel Mansur and Floriana Gavriel have made everybody and their friends want one of their amazing bags. The New York based brand was founded by these two ladies in April 2012 and now almost three years on, the Italian crafted bags have well and truly entered the fashion world. With growing attention and exposure, the brand is flourishing nicely. Whilst AW15 will see two new styles (along side the existing collection that includes; totes, backpacks and bucket bags) as well as new colours, for me its all the bucket bag. The design is simple and the structure that reflects the shape of a bucket adds a certain depth to the bag. The fact each bag is colour blocked also contributes to the luxury aspect of the street-style kind of bag. Naturally and like most, you can not go wrong with classic black, however I also really like the brandy colour and next season’s sand one too. So watch this space! #WishList 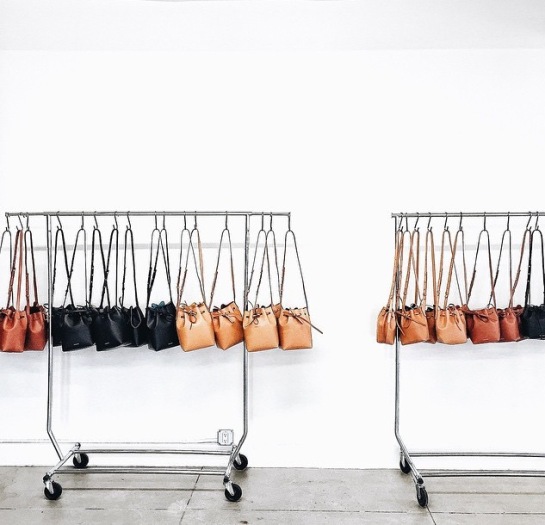 LOVE, LOVE, LOVE. This NEW beauty is one of my favourites from the new collection. If you’re as obsessed as I am or just the slightest bit curious, get online or to your nearest store/ concession today! #addicted

Check out the Mad about Marc page here for more. 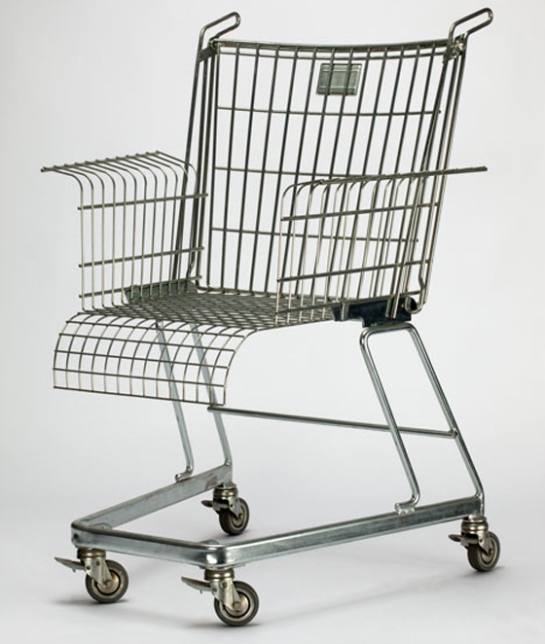 Pick of the day

As unique and as fun as this novelty is, i can’t imagine a less comfortable seat, therefore it has to be art. The product design is rather clever but the function is not-not without a cushion (or three) anyway. Nevertheless, the transformation process is quite obvious, making it more aesthetically pleasing to look at -if nothing else.

As 2013 draws to an end and everyone looks back on the year; reminiscing and dwelling on could haves, would haves and should haves; I have reflected on the year in fashion. From fabulous handbags to the latest trends, new store openings and celebrity clothing lines, I have put together some memorable fashion highlights from over the last 365 days.
Starting with my favourite, my inspirations, my main man; Marc Jacobs.

After 16 spectacular years as Louis Vuitton’s creative director, Marc Jacobs announced that he would be leaving the French fashion house to focus on his own brands. Since joining Louis Vuitton in 1997, Marc Jacobs transformed the luggage brand and created something sensational. The announcement came at the end of Paris Fashion week, where Jacobs truly put on a show for his last collection with LV; making a memorable exit.

Orange is the new black

With a summer of bright and vibrant colours, orange was definitely a personal favourite. From a bright Celine bag and statement shoes to a pop of colour and a pretty summer dress, orange was very much “the new black”. Even as winter  approached, the trend continued in beanie hats, Kenzo jumpers and even a few fur coats.

As Kate Moss approaches 40, she proves to be younger than ever as she is shot nude for the cover of Playboy. To celebrate 60 years of the worlds favourite men’s magazine (and brand), the January/ February (2014) issue will feature Britain’s face of fashion. The Supermodel will also appear in a 18-page pictorial in the coming Anniversary double issue. So watch this space. 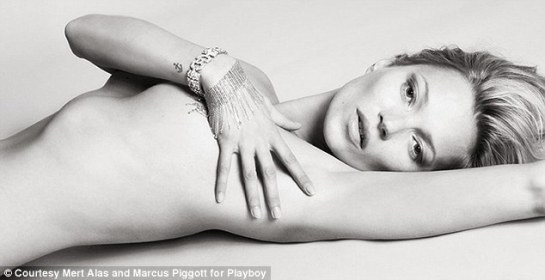 D&G are sent to prison

The fashion designer duo; Dolce and Gabbana were sentenced to jail for tax evasion. Although the pair were initially cleared on the charge in 2011, the case was opened again and the 2 were accused of hiding million (in euros) from the Italian tax authorities. As it stands Dolce and Gabbana have avoided life behind bars (until further notice)  due to their suspended sentences, as a result of a pending appeal. Once again, watch this space.

From the catwalks of fashion week to the urban runway that is street fashion, 2013 has seen more and more matchy matchy outfits. Matching tops to bottoms, the trend is very classical yet extremely modern, with an alternative twist. Going for the boyish look, some of the trend involves the traditional blazer and trouser type of suit, where others  are slightly more up to date and refreshing; matching crops to bottoms. 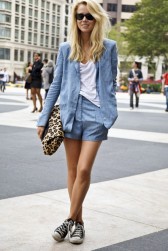 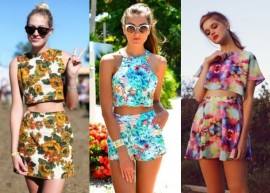 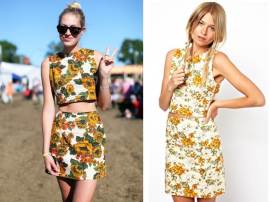 Heres to the end of 2013 and welcoming yet another year of fabulous memories, once -in-a-lifetime moments and plenty of glitz and glam! Let the countdown begin and bring on Two Thousand and Fourteen. 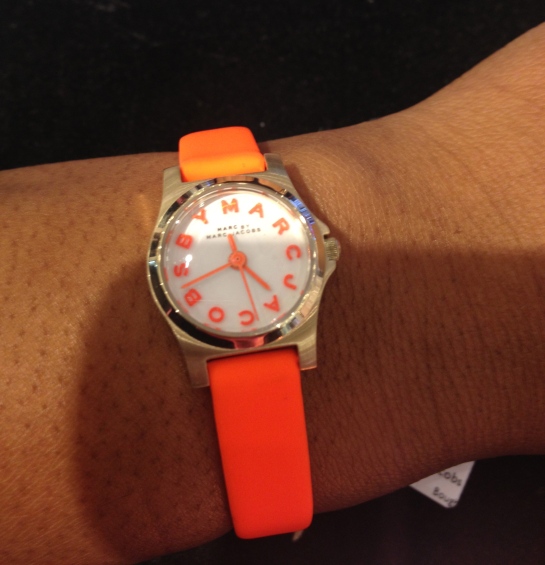 For some reason i want this one

Pink and Rose gold mini me

Its that “time” of year again. Literally. New watch season, and I love it. Of course i had to be the first to trail and test these new Marc Jacob’s watches. After all, where Marc is, I follow closely behind. Whilst I may have recently purchased A Michael Kors watch, I was torn and I am destined for a Marc by Marc watch, but had a last minute change of heart when it came to the rose gold beauty.

It is defiantly time to invest in a mini Marc. They are all too cute, to leave behind. But which one will it be?

Made from leather, these bright strap watches are perfect for summer and whats more, they feel so nice on. For some reason recently I’ve had this “thing” for orange but then that pink and rose gold link watch is too cute to say no to.

I will have to wait and see what my trip to New York brings. That and my finances of course. But if all fails, I’ve still got a connection in the business. #cheeky grin