…Last night’s 73rd Golden Globes Awards saw many celebrities take the red carpet in an array of fabulous designers. The females in particular stole the show and looked amazing in their various gowns. It seems white was pretty popular and came in a handful of styles, cuts and and necklines.

Lily James and Saoirse Ronan looked oh so elegant as they glided across the red carpet in their flowy floor length gowns with nipped in high-waists. James wore Marchesa while Ronan wore Yves Saint Laurent. Also in couture Saint Laurent, Jane Fonda looked fabulous in an all white (accessories included) figure hugging long sleeved gown, finished off with some questionable ruffles. Alicia Vikander also flaunted some ruffles;  but in a much smaller degree; as they delicately embellished the neckline of her Louis Vuitton apron gown. Last but not least, and the sexiest of them all; both Eva Longoria and Taraji kept it simple and stylish in sexy-sophisticated, figure hugging floor length gowns. Taraji wore all Stella McCartney (teeny tiny Falabella bag included) with a boob-tube cut and classy cape. Whereas, Longoria wore a Georges Hobeika conservative dress, hand embellished at the hips/ neckline and finished with an elegant front slit.

Capes are certainly in this season and were seen worn by many women last night in colours beyond white. However out of the gorgeous white gowns below, half of them were accompanied by matching capes; completing each look and making the women all the more stunning! #Capes 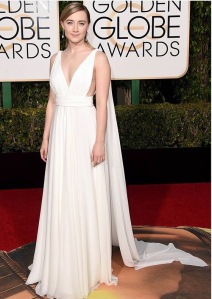 This is just a brief summary of some of my favourite and most intersting pics from last night’s 56th Grammy awards.

To start with; OMG. Have you seen Madonna’s son David? That cutie she adopted from Africa all those years ago. When did he get so big? Where has the time gone? Anyway, long-story short, he grew up. “Madonna and child”, looked quite adorable in their matching Ralph Lauren suits. As smart as he looked and as manly as she looked, I still can not believe how much he has grown up.

Having seen many bumps on the Golden Globes’ red carpet, the Grammys followed closely in fashion with yummy-mummy-to-be; Ciara-also looking radiant in a gold Pucci gown; as she showed off her baby bump on the red carpet.

Also like the Golden Globes, the Grammys saw a lot of red on the red carpet; with Tamar Braxton and Pink pulling it off the best (in my opinion anyway). Seen separately, the pair looked stunning in their sexy red number. But if I had to chose, I’d definitely say that Tamar wore it better. If anyone can make red on the red carpet work, its her (so far, in 2014 anyway).

Last but certainly not least; Katy Perry. Keeping it strictly music based, she looked pretty unique in her whimsical, fairy-godmother-type dress by Valentino. As interesting as it was, she did look amazing and very fit for the theme.

Mini me: Madonna and child (David) in Ralph Lauren

Yummy Mummy to be: Ciara in Pucci 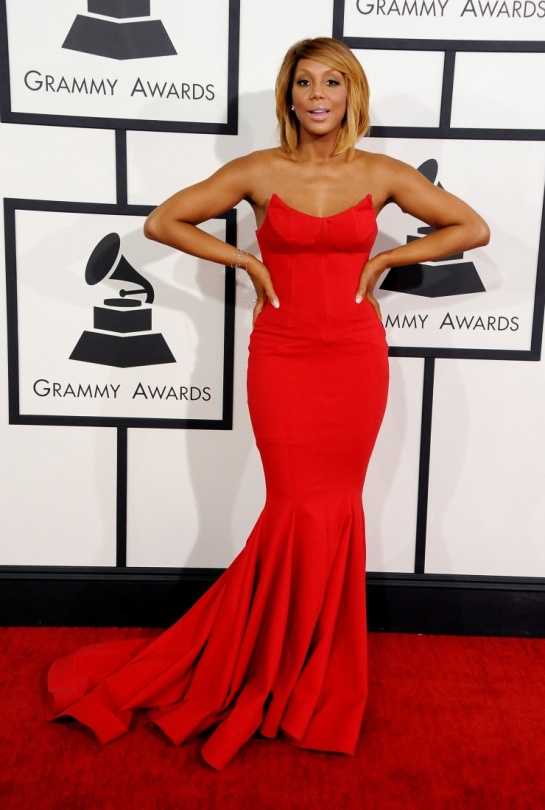 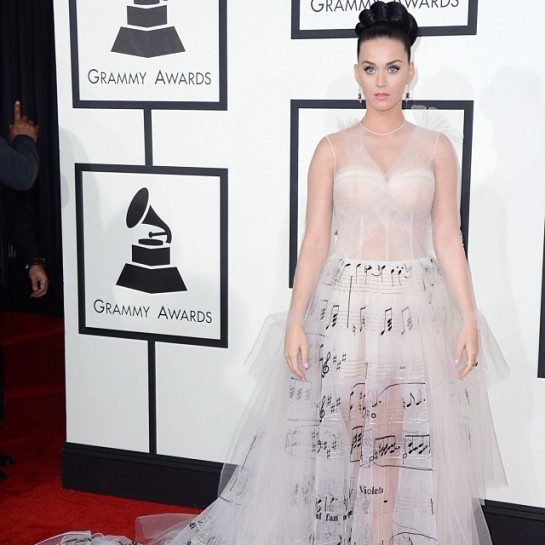 Fit for the theme: Katy Perry in Valentino

Its the award ceremony season; after the Golden Globes, SAG awards and the BAFTA nominations; its time for the stars of the music industry to make their impression on the red carpet. Entertaining a tough crowd and hosting an eventful weekend, Beverly Hills saw yet another wave of celebrities dressed to impress.

Clive Davis’s annual pre-Grammy gala saw Miley Cyrus in a different light; a-fully-clothed-even-had-a-big-fur-coat-on-kinda-light. Ri Ri went for the less clothed look; showing off a lot of chest and leg; nevertheless she did look fabulous. Taylor Swift looked ooh so glamourous in her sparkly LBD. Jennifer Hudson never fails to amaze us; also in a little black dress-one to which showed off her curves and added quirky pop of colour. As always, Pharrell looked mighty dapper walking along side his new wife and so did John Legend and his lady. However, the couple that did it for me was our favourite man, Robin Thicke and his gorgeous wife, Paula Patton-they looked absolutely stunning and even better together. 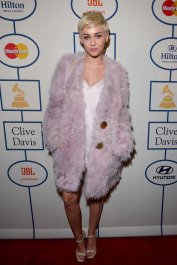 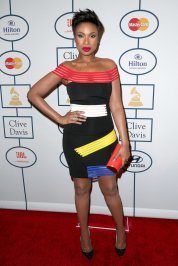