2014 has been a quick one; don’t get me wrong, it has been a good one, it just went by extremely fast! For me, my highlights include the main thing i did this year; travel. I spent 15 amazing weeks in South America. I checked a couple of things off my bucket list and spent a lot of time on the beach. From the theatrics of carnival in Rio, to working my way down the coast of Brazil to the jaw dropping waterfall that was Iguazu falls, I spent a lot of time on buses. Located between boarders, I hopped across to Argentina to see the falls in all its beauty, then after 22 hours on an overnight bus, the cultural city of Buenos Aries was the next stop. Having spent some time in cooler weather, it was defiantly time to fly back to Brazil and explore the North…

…and then I found paradise. Just south of Salvador, full of amazing food and known for its beaches, Itacare is one of the best places I’ve been to whilst on my travels. Next stop was Peru; it was kind of cold and sickly because of the altitude, but Machu Picchu was breathtaking and well worth the early morning walk! Last but not least was Colombia. Sharing the Caribbean sea, the Latin-American country had some delicious food, beautiful beaches and tropical surroundings.

Whilst my South American adventure was a week shy of four months, that particular third of 2014, pretty much sums up my year! Here’s to 2015 and seeing the rest of the world! 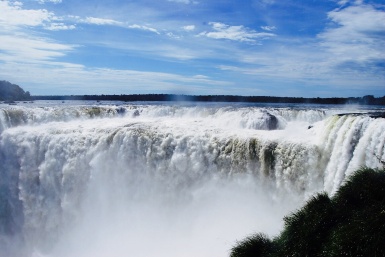 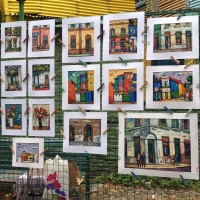 Marking a mark; playing in the sand.

what do you think? Cancel reply